I finally caved in. After two months of being just a viewer, I finally bought Dragon Ball Fighter Z. DBFZ is a game I’ve always known I was gonna buy, just because of my sheer love of fighting games and Dragon Ball Z. I didn’t initially skipped the game because I wouldn’t be able to afford it, I have a pretty stable income and most of it goes to my gaming hobbies. I didn’t purchase it because I knew I had too many games in the backlog and I wouldn’t be able to give it the time it deserved, especially being a competitive fighting game which requires practice. I told myself that I would buy it only if there was a deal or I had nothing else to play (Which will never actually happen). Enter the Far Cry 5 store quest in the PS store which gave me a 20% discount, enough to justify my purchase. However, as I type this article I’ve yet to even boot up DBFZ. I wish I could say this is the first time this happens, but it is a problem I know all too well and applies to most of my new games.

Giving a game the time it deserves

One of the caveats of being a young adult gamer is that you finally have the income to buy the games you want, but you rarely have the time to play them. Trying to juggle your work, exercising, socializing, learning, and other random things is a feat in itself. All this circus is also very tiring, which for me diminishes my will to do a lot of things, gaming included.

Time is very valuable, and in high demand. I don’t want to exaggerate and say that I don’t have free time to do stuff in the day, because I do have the time, but it can’t always be used for gaming. Furthermore, whenever I find some free time to devote to gaming, I usually am in a chill mood and want to play some fun games. And this is where the problem lies, whenever I purchase a new game, especially one that I’ve been meaning to play, I don’t feel like I can play it for short bursts of time. A new game deserves love, and you can’t give love if you only have 60 minutes to spare.

Perhaps this is why I find it incredibly hard to boot up a game for the first time. I always want my first impressions to be a 10m dive into the game, not just a couple of splashing in the kiddie pool. Bayonetta is one of the latest victims of this habit of mine. Despite having the game pre-loaded, I didn’t actually started the game until I was able to devote a full evening to just soaking in the witchy waters.

The learning curve and the distance you are willing to travel

Despite being a gamer for 20+ years, I have learned to acknowledge that no 2 games are the same and the learning curve is ever present. The learning curve, coupled with my pride as a gamer, is the main reason I can’t just play a game casually. If I play a game, I want to excel at it. This doesn’t mean that I’m always a top player, most often than not I just end up above average, but the discipline I bring upon myself is something I can’t let go. Going back to Bayonetta, I’ve known the game is a hallmark to action games, but also with an intricate combo system that takes a while to learn. This challenge was also one of the reasons I didn’t actually feel ready to play the game at midnight when it released, knowing I had at much an hour to play and my level of awareness was extremely low. 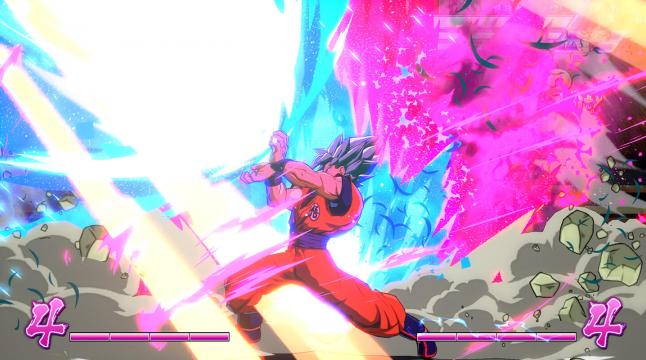 The problem becomes much worse when it comes to hardcore competitive games like most fighting games. I don’t want to boot up DBFZ and have my ass kicked online, nor do I want to focus on playing the offline modes like arcade and story mode because that teaches bad habits. Rather than being one of those guys who spams super dash or just mashes auto-combos, I want to be a force to be reckoned with. I saw a video of some friends playing a while ago and all I could hear was “Counter”. Counter hits occur when you are doing an action and you get hit, and the gist of it is that both players were constantly being counter hit because they were mashing buttons. I don’t want to be like that. In the end that is another hurdle I must go through.

Part of the beauty of newer releases, is that the game is new and filled with things to discover. As I have said previously, I like to take all this new discoveries as pleasantly as possible. I want to spend a day just to soak up in the beauty of kirby games. I wans to spend a day playing with every fighter in DBFZ. I want to blast through all the introductions and start to hunt big monsters in Monster Hunter World. I would like my life to be about discovery, but sometimes I need something chill and familiar just to unwind.

Games for me are like dishes at a fancy restaurant. Sometimes I’ve been through enough in a single day, I am feeling tired and I need something nice to pick me up. On these days I would go to my favorite restaurant and order a familiar dish I enjoy. But one day the restaurant announces that they will be serving a new dish: a steak so delicious that is to die for. Such a dish demands an empty stomach and full appetite. You can’t just to the restaurant any day and order the new dish, you gotta go with a certain mindset to enjoy it to its fullest. And perhaps some people are able to order the fancy new dish the day it releases, but not me. The same applies for gaming, except the restaurants are my consoles of choice, and the dishes are the games.

When a game is part of your life

Perhaps this doesn’t apply to every game, but some games you just know that they will become a part of your life, and you might not be ready to slot in the time. I’m talking mostly about online games. Part of my dread in playing DBFZ is that I will learn that I need to keep a regular practice schedule to become better at the game. Not an actual schedule, but at least play it semi-regularly for the best results. I am not getting extra hours a day, so the only way to fit it in would be to take time from other games. Between learning DBFZ, staying competitive on Street Fighter V, laddering on Heroes of the Storm and doing my weeklies in Monster Hunter World, my free time feels more like a second job instead of chill time. I guess I could just drop some games, but how could you let one of your dogs go just because you got a new one?

Sometimes I wish I could be more care-free. Just turning my console one day and playing a chill game in my chill time. Unfortunately I’ve achieved some sort of fame as a hardcore gamer, to the point that I’m the rival to beat. A couple of weeks ago I had a show match in DBFZ with a friend because his objective was to be better than me. I didn’t even have the game at the moment, but I won nevertheless because of everything I have learned from watching tournaments coupled with my general wisdom in fighting games and thinking ahead of the other person. It then dawned to me that I have actual skills for gaming, but skills demand constant practice and I have a reputation to maintain.

I guess my family is like the saiyan race, and among the saiyans I am the best at fighting.